Our next day in Athens started just like most of my days do. You know - just hanging out at the Parthenon. 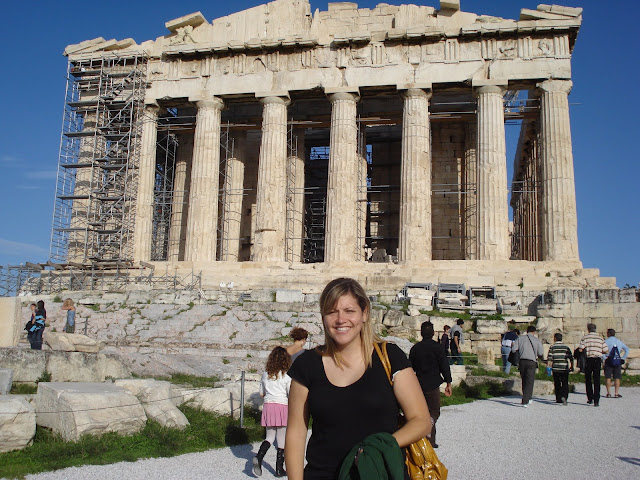 I got separated from the rest of our group before we reached the top of the Acropolis, where the Parthenon sits. Friday was a hard day for me since Darrel was supposed to get there that night. (And obviously didn't come.) So, I sat a few feet away from the Parthenon, wrote in my journal, and listened to my ipod. When Uzi found me, ...well,.... 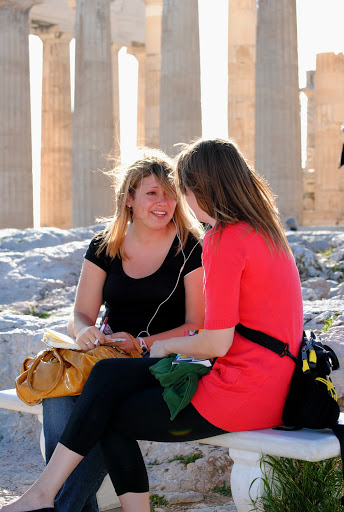 So we did what we do best. We sang it out. If only I'd thought ahead to bring my blow-up microphones! Click here if you want to know what we were singing. Uzi, you're the best. 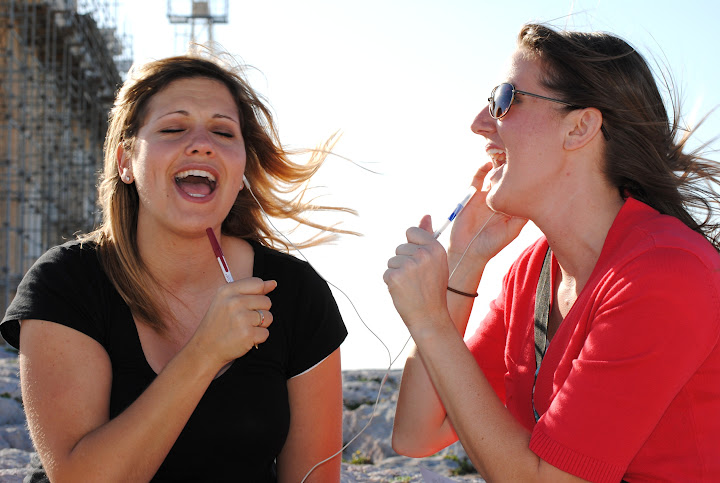 Our first group photo on the steps of the Parthenon. 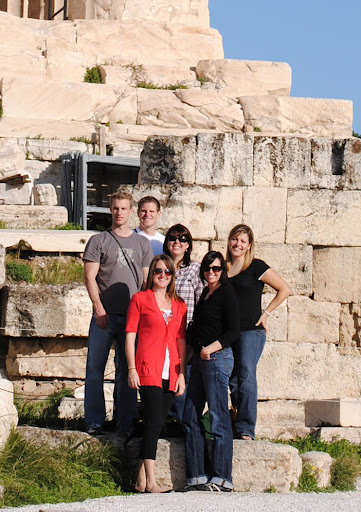 And then we walked like little pioneer children walked and walked and walked up to Lykavittos Hill, the highest point in Athens. Once you walk a few blocks worth of stairs, you take a funicular up to the top or you can walk a few hundred more stairs. Of course we opted to take the funicular since three of us were running a marathon in less than 36 hours. 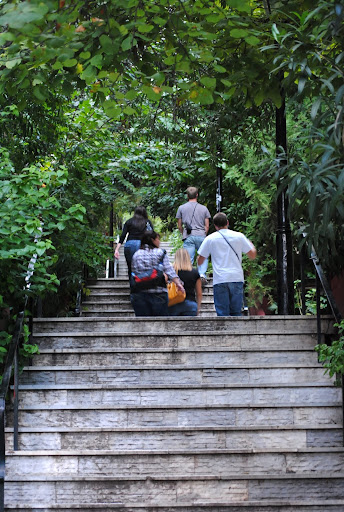 And at the top of the hill, we found some cool things: 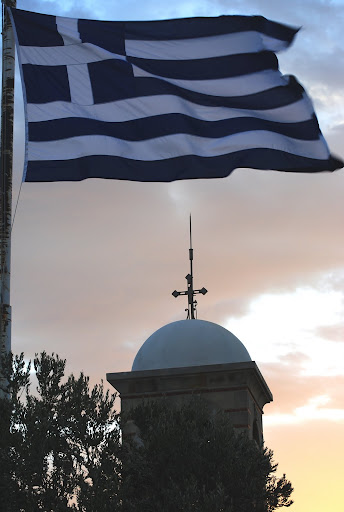 The church of St. George. 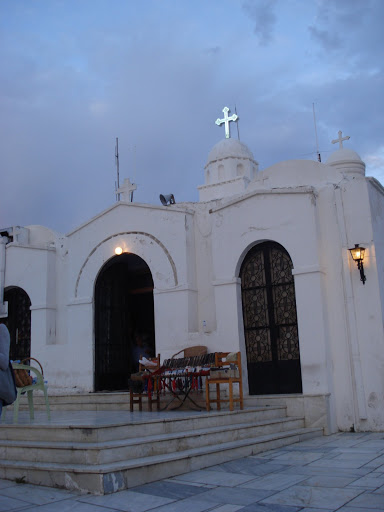 Then we went to the marathon expo to pick up our race packets and check out the marathon finish line at the Panathenaic Stadium, which is also known as the Olympic Stadium. Here we are - three pre-race marathoners: Aaron, me, and Brian. 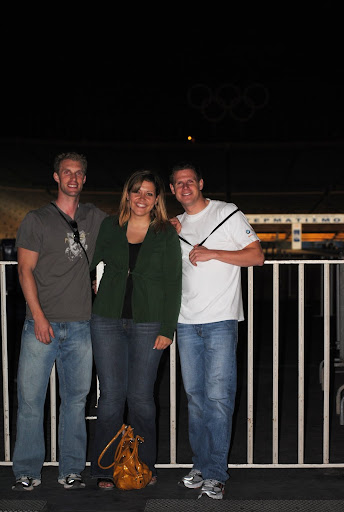 Thought you should know...

I saw New Moon last night. This is how I feel about my life right now. 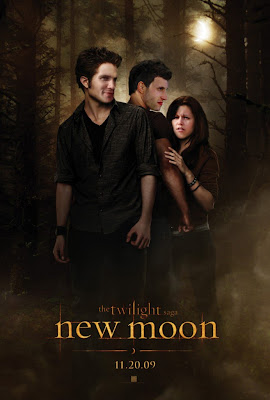 {to enlarge the image, click on it and then click on it again. the closer you can get, the more you will enjoy it.}
Many, many thanks to Uzi who created this. I will be framing it and putting this up in my room. Not even kidding.

The reason that Kristy made this for me was because last night when I saw New Moon, I felt like I was watching a movie of my life. Edward's restraint, how he left without an explanation and no contact, and then how Bella had to find someone to distract her while Edward was gone. And you can't blame the girl for distracting herself with someone who is super hot. And the time that I laid on the floor of the woods and cried until the police found me. Wait. That wasn't me, but it should have been. I was put on suicide watch by a good friend while laying in my bed; close enough. I told my roommate today that if Darrel shows up on my doorstep in a few months, she will need to call the ambulance. Please note though that I will not be chasing him down in Italy to save his life.

So if we're going to talk about Greece, there are a few major things that we need to discuss immediately.
1. Gyros. Ate them every single day. We decided that every country has their own version of a taco. Some form of meat wrapped in bread with tomatoes inside - or something close. America has the hot dog. Mexico has the taco. India even has a version with naan bread and tikka misala. In Greece, it is the Gyro. We liked to refer to them as Gacos (you pronounce that, ya-ko in case you are curious). Also, the ones pictures below are all chicken or beef. We found that lamb gyros were hard to come by. 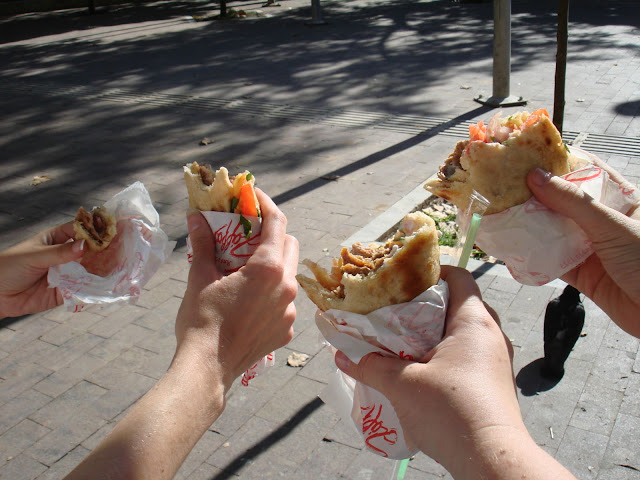 2. Baklava. It is better in Greece. The end. 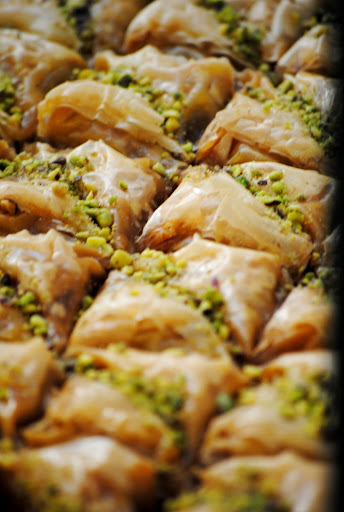 3. The view from our hotel room balcony: 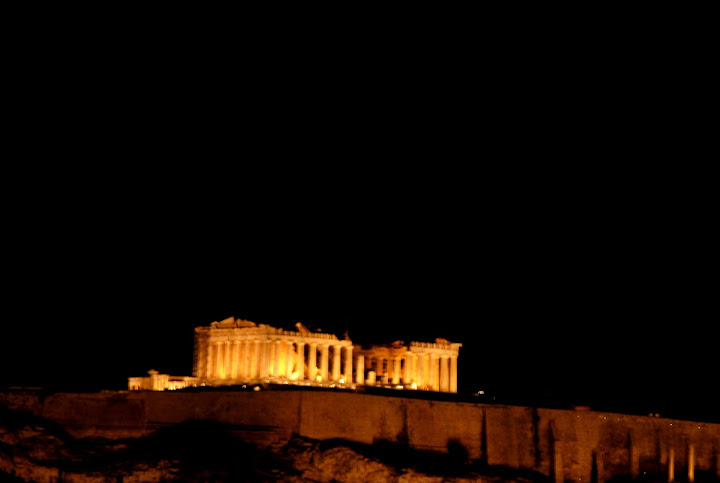 And a few more of my favorite images from my first day in Athens: 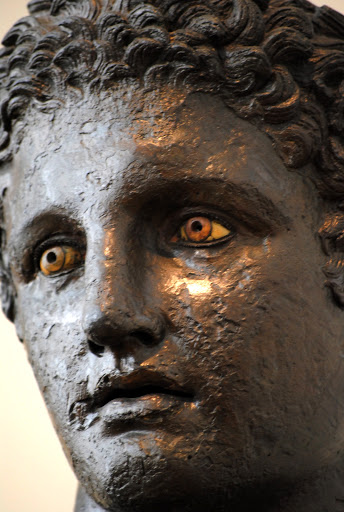 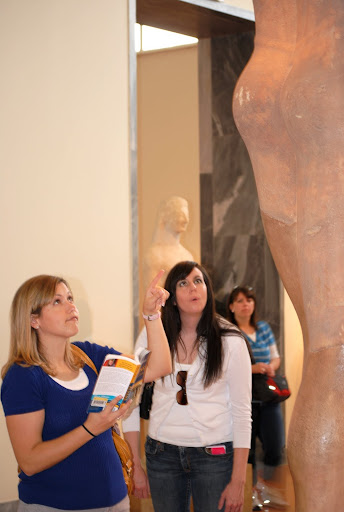 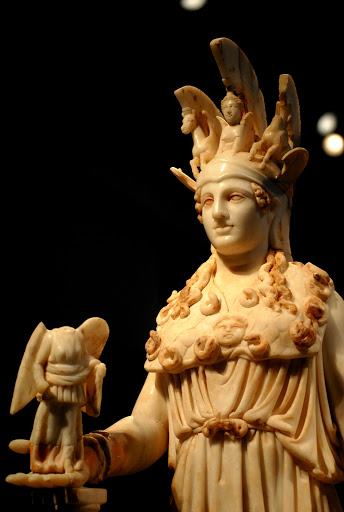 This statue is a replica of the statue of Athena that once stood inside the Parthenon. While the original was around 40 feet tall, this one was only about 3 feet tall. Soooo awesome. 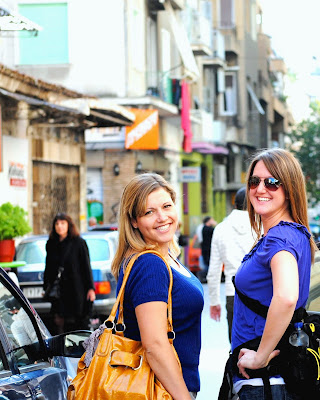 To give you a quick overview:
I went to Greece with Kristy, Brooke, Jayna, Aaron, and Brian. The boys did not arrive until us girls had been there for a day, which is why the menfolk are not in the above photos. This post is only the beginning of our adventure. Prepare yourselves.
on Tuesday, November 24, 2009 5 comments: Links to this post 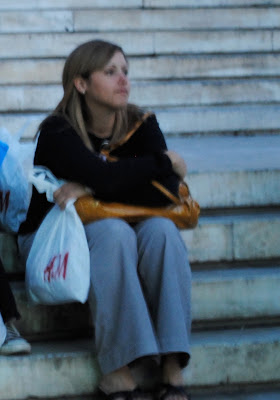 I love this photo of me, if I do say so myself. Captures my emotional state very well the entire time we were there. Photos from Greece will be up by the weekend. Still waiting for all of them to come in. If you are lucky enough to be on my gchat, you can check them out in the meantime.
on Thursday, November 19, 2009 4 comments: Links to this post

I'm back from Greece with very minor regrets.

On Sunday night, my roommate picked me up and I ended the night sitting in my living room laughing with 4 of my closest friends in San Francisco. I couldn't seem to wipe the smile off my face.

I will be posting pictures of my trip soon. I was standing in the copy room today and I thought to myself "Was I really on a Greek Island this time last week?"

I don't have anything real thought-provoking to say right now. Just thought I'd say that for those of you who may not be friends with me on facebook or otherwise connected, I am still alive. I ran the Athens Classic Marathon last Sunday and even got myself a medal. I made friends along the way and the thought even crossed my mind earlier today that I would love to run another just to beat my time. haha. Don't get any funny ideas; not going to happen.
Still having a great time here in Greece. I've found a hottie among us to flirt with, so not all is lost. Photos to follow.
And as the locals say "bai bai!"
on Thursday, November 12, 2009 2 comments: Links to this post

Today when I was sitting on a marble bench about 20 feet away from the Parthenon, I started thinking about my life over the last week. And then I was looking at the Parthenon and wondered what about it makes it so famous.
While here I have learned a lot more about the Parthenon than I previously knew; for example, that it was destoryed as a Pagan temple and made into a Christian church. Then made into a Mosque. Then it was bombed some more. A statue of Athena that was well over 50 feet tall disappeared. Thieves stole the artwork.
Oh yeah. That's why it is famous; because even after thousands of years and a lot of demolition, it is still standing to remind the Greek people of the victory they had in some war. There are other temples that are in better shape very close to the Parthenon, but you rarely hear about those. They still stand there in good condition and are even dedicated to 'better' Gods, but who cares about something that has survived with zero opposition?
And then that's when I realized that no matter what happens to me - no matter what people get me down, all that matters is how well I take it. I might be pillaged and bombed, but the fact that I'm still standing is what will matter in the end.
Thank you, Athena. I needed that.
on Friday, November 06, 2009 4 comments: Links to this post

see you in a few weeks.

all the emails, calls, texts, prayers, etc. were received today with much gratitude. just knowing that when i am in need, i have an abundance of people who are more than willing to succor me is overwhelming. it is no accident that i have such wonderful people in my life and i thank God so much for the blessing of my family and friends who love me so much.

just to make it clear, i am doing ok. love truly does hurt sometimes, but we learn our lessons and we move onward. as my great-great grandmother said, "Carry On, Carry On, Carry On!" I am doing just that. She would be proud.

and now for the good news. as if what i already said isn't good news. sheesh. i am going to be here in less than a week. 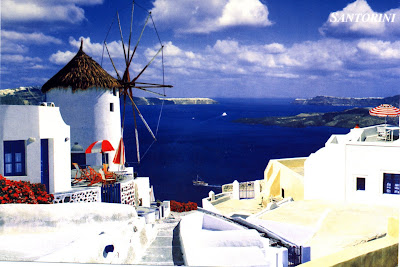 and running a marathon that finishes here in 6 days:

and by Wednesday morning in America, I will be in Athens looking at this beauty.

and now, it is time to pack. i have to be at the airport in 4.5 hours and all that is in my suitcase is underwear. if someone ever tells you that i am well prepared for things, they are lying. or that i am nice, but that is a different story.
on Tuesday, November 03, 2009 2 comments: Links to this post

all i have to say is that the most awesome thing about dating someone halfway across the planet is that the only way that you know he's breaking up with you is when you see that he has changed his profile pic on facebook from the one of the two of you and subsequently removed you as a friend.

times are not good.

i leave for greece in about 24 hours. the good news in all of this is that i don't ever have to worry about him marrying my neighbor, running into him at parties, and all i really have to do to remove him from my life is take down the photos. the next time i think about falling in love, please talk me out of it.

Steph
"Maybe all we can hope to do is end up with the right regrets." - Arthur Miller. I'm hoping to end up with as few as possible. Here's my proof.

i heart my fam

random sties that i enjoy